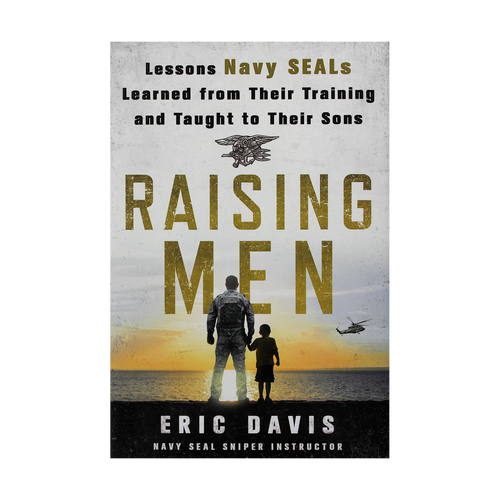 Raising Men: Lessons Navy SEALs Learned from their Training and taught to their Sons

After Eric Davis spent over 16 years in the military, including a decade in the SEAL Teams, his family was more than used to his absence on deployments and secret missions that could obscure his whereabouts for months at a time.

Without a father figure in his own life since the age of fifteen, Eric was desperate to maintain the bonds he’d fought so hard to forge when his children were young―particularly with his son, Jason, because he knew how difficult it was to face the challenge of becoming a man on one’s own. Unfortunately, Eric learned the hard way that Quality Time doesn’t always show up in Quantity Time.

Using a unique blend of discipline, leadership, adventure, and grace, Eric and his SEAL brothers will teach you how to connect, and reconnect, with your sons and learn how to raise real men―the Navy SEAL way.