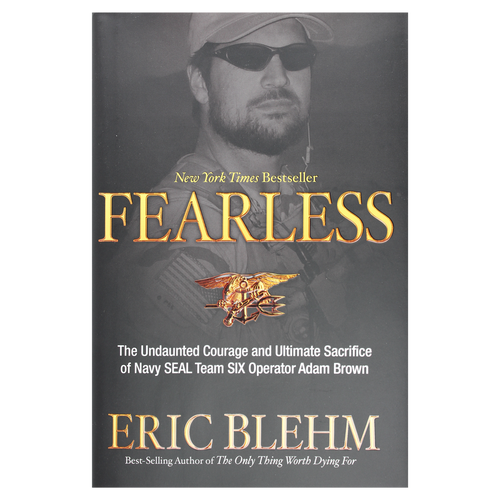 When Navy SEAL Adam Brown woke up on March 17, 2010, he didn’t know he would die that night in the Hind Kush Mountains of Afghanistan—but he was ready. In a letter to his children, not meant to be seen unless the worst happened, he wrote, “I’m not afraid of anything that might happen to me on this earth, because I know no matter what, nothing can take my spirit from me.”

Fearless is the story of a man of extremes, whose courage and determination were fueled by faith, family, and the love of a woman. It’s about a man who waged a war against his own worst impulses, including drug addiction, and persevered to reach the top tier of the U.S. military. In a deeply personal and absorbing chronicle, Fearless reveals a glimpse inside the SEAL Team SIX brotherhood, and presents an indelible portrait of a highly trained warrior whose final act of bravery led to the ultimate sacrifice.

Adam Brown was a devoted man who was an unlikely hero but a true warrior, described by all who knew him as…fearless.