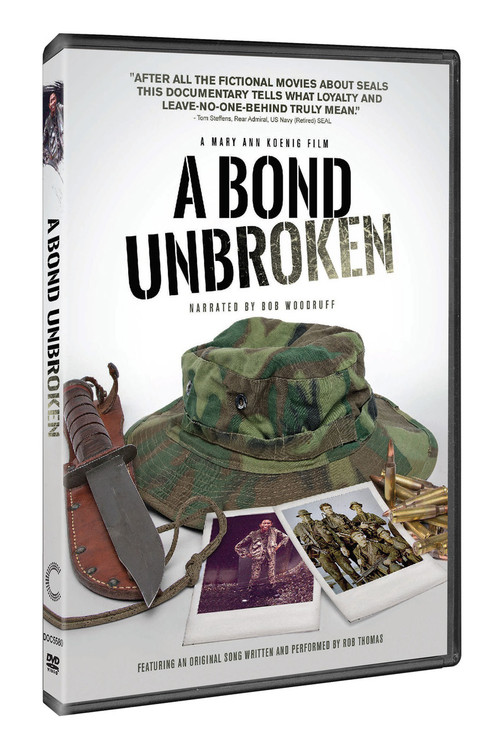 In the deadly jungles of Vietnam over 40 years ago, the Navy SEALs forged an enduring bond of friendship with their Vietnamese combat interpreter. Through brutal fire-fights and night-time ambushes, Nguyen Hoang Minh fought as a member of the SEAL platoons in the Mekong Delta, and helped keep them alive. Though wounded numerous times, he never backed down or gave up the fight, and the SEALs began to feel that Minh was “one of us.” When the Communists overran Vietnam, Minh could not get out, and the SEALs’ brave comrade was lost to them forever. Or so they thought. Until one Navy lieutenant’s relentless search found him, and the SEALs brought him to America for a reunion. A BOND UNBROKEN captures that remarkable reunion decades in the making, and presents another side of the battle-tough, covert warrior SEALs. Their actions change Minh’s life and dramatically impact his family and the Vietnamese-American community.

“A Bond Unbroken” is narrated by veteran broadcast journalist Bob Woodruff and features the song “The Great Unknown,” written and performed by three-time Grammy Award® winner Rob Thomas (“Smooth”), who in addition to his solo career is lead vocalist for Matchbox Twenty.